Niceville, Fla. (Feb. 15, 2022) – FC Dallas Emerald Coast announce the hiring of Matt Bonner from the United Kingdom who joins the coaching staff while on assignment to Eglin Air Force Base.  Matt will be working with the U10 Academy Boys & Girls.

Coach Bonner is a lifelong player and developed his career through the Celtic FC and St Johnstone FC youth systems before joining the Royal Navy.

Executive Director Louis Richard stated, “I am excited to have Matt join our coaching staff.  He brings international experience to our organization and has immediately shown the desire to improve by attaining several USSF coaching licenses since arriving in the United States.  He will be a tremendous addition to the U10 Academy coaching staff.”

While enlisted in the Royal Navy and stationed in Cyprus, Matt gained first team playing experience in the Elite League.  After an injury, Matt was introduced to the coaching world and was mentored into a coaching career covering games in both England and the United States.

Since moving to the USA, Coach Bonner has earned his United States Soccer Federation Grassroots & “D” coaching licenses.  While coaching the U10 Academy, he will continue work on his studies for the USSF “C” license.

About: FC Dallas Emerald Coast is a 501(c)(3) nonprofit organization and Northwest Florida’s Soccer Center of Excellence.  It is a primary provider of soccer opportunities for youth athletes across the Emerald Coast region since 2007. We support over 600 kids aged 4-18 with our recreational, academy and competitive programs. Our club provides excellent learning and character-building experiences for youth and has a broad impact on the local economy. 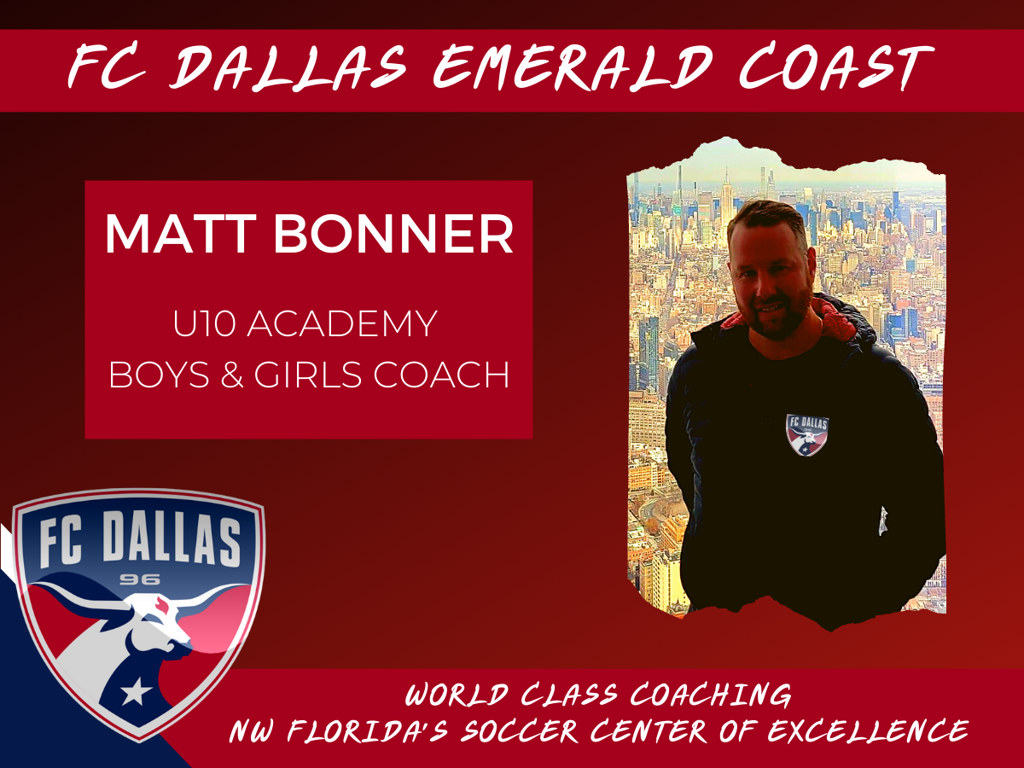