Congratulations to Michael Frey and LJ Olmos! FC Dallas-Emerald Coast senior players will be playing at the next level and had their signing this week at Niceville High School.

LJ played for FC Dallas Emerald Coast the last 2 years after moving from San Antonio, TX in the summer of 2019.  He made an immediate impact on training with his work rate and effort. LJ scored the game winner in Oct. 2019 in a 1-0 victory against Orlando City in the Orlando City Cup to secure the championship for the U19 Boys 2001 team. LJ Olmos signed with National Park College in Arkansas.

Both players won the 2020 Florida High School State Championship with Niceville High School soccer team, Head Coach Wes Nelson and his staff.  They followed that up with an amazing run their senior year to finish as Runner-Up in 2021.  We are excited about these two FC Dallas Emerald Coast players taking their skills to the next level and we wish them great success. 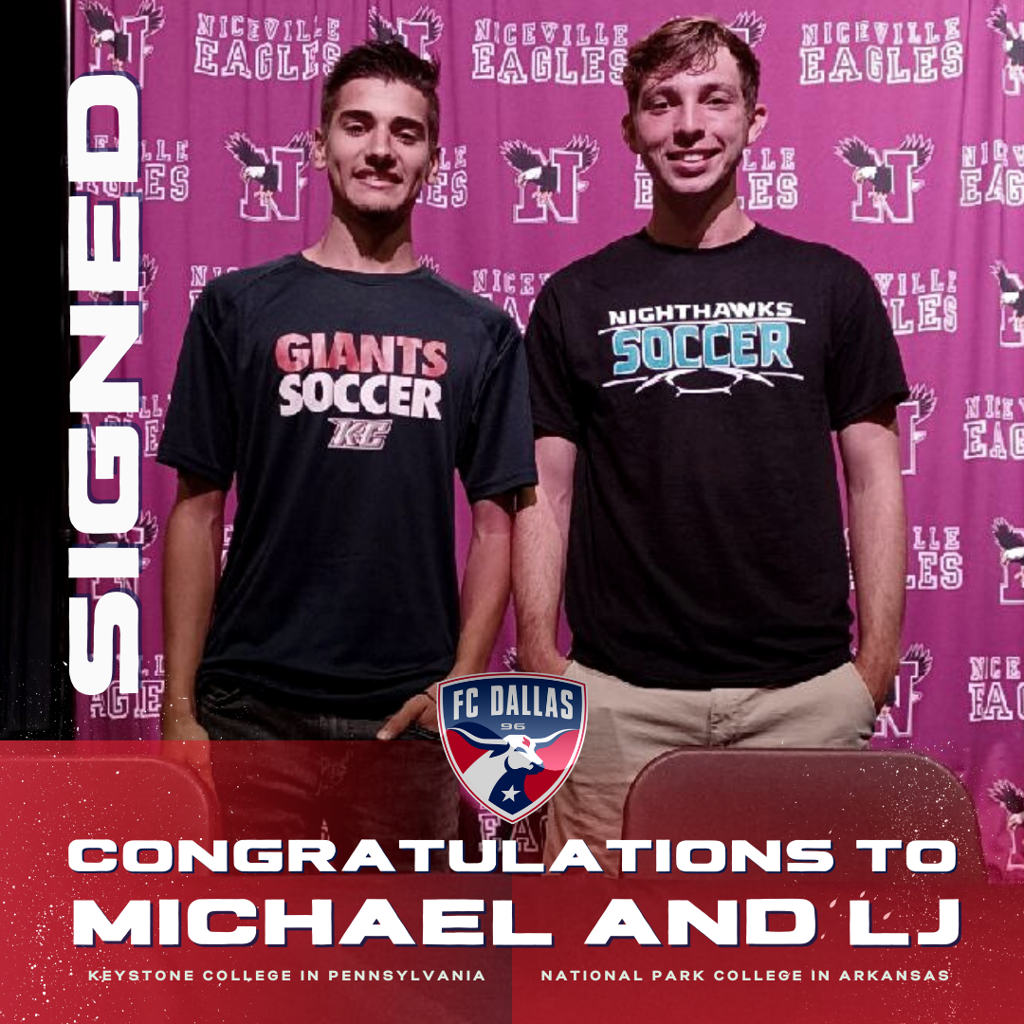 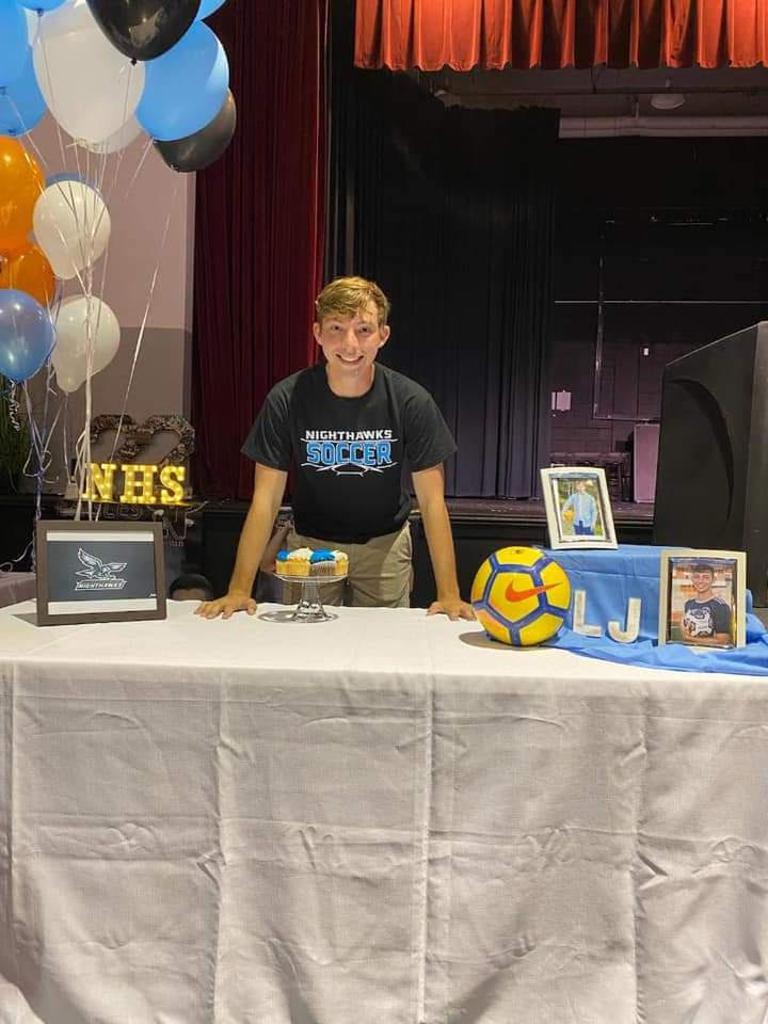 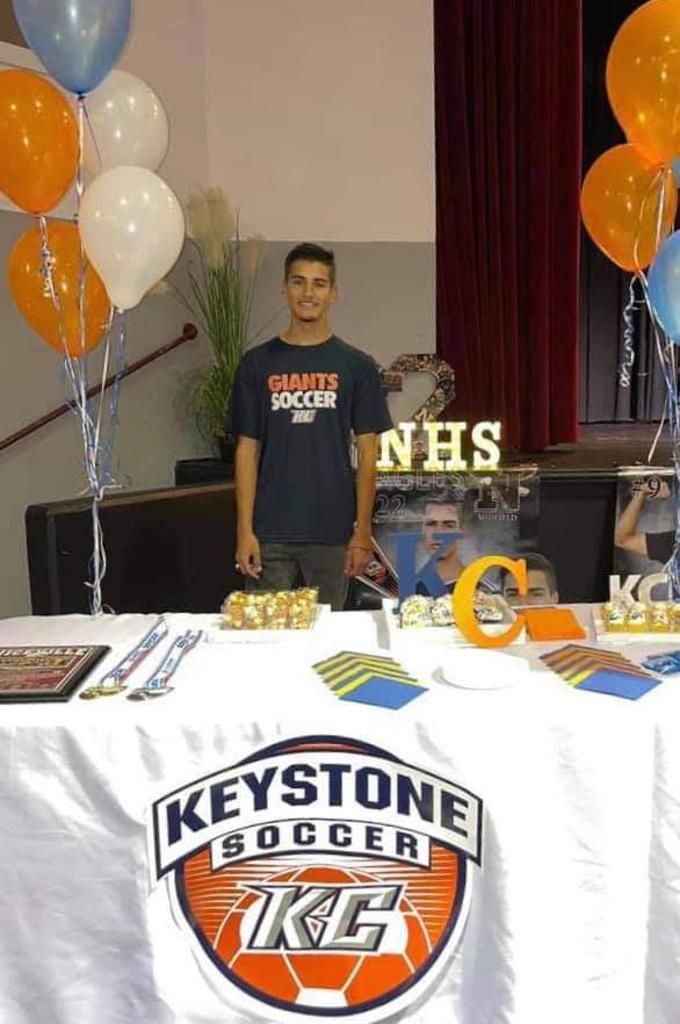