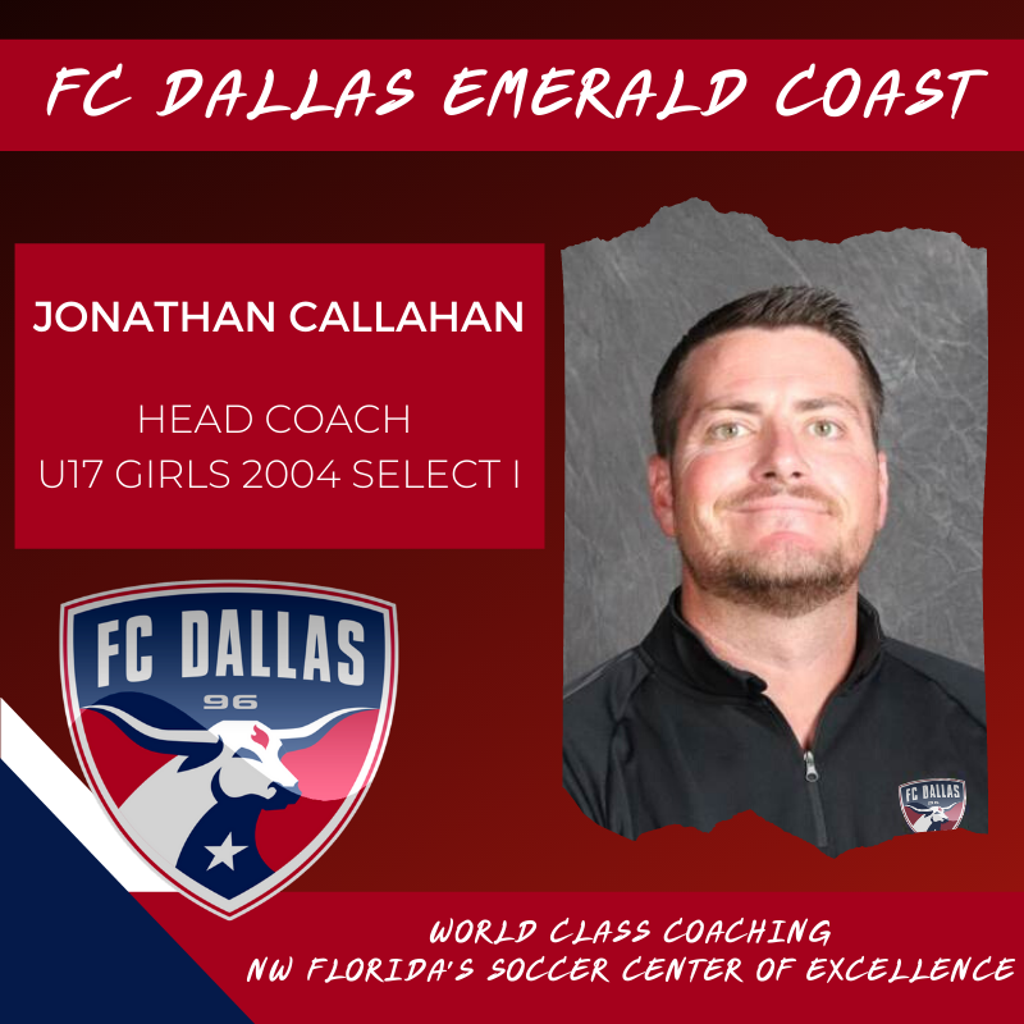 Niceville, Fla. – FC Dallas-Emerald Coast announced today that Jonathan Callahan has joined the 2020-21 Senior Coaching Staff and will be coaching the U17 Girls 2004 Select I team.

“I am excited to have Jon on our staff for the upcoming year,” said Executive Director Louis Richard.  “Jon has a great amount of experience across many different soccer platforms and will be able to provide guidance to our college-bound players based on his knowledge in that environment. His unique coaching background will be a fantastic addition to our staff and a huge benefit to the U17 girls team.”

Prior to Darlington, Callahan was at Point University (NAIA) in West Point, Georgia as Assistant and Goalkeeper Coach for the men’s team for 3 ½ years. His club coaching includes stops at Georgia Revolution F.C., Phoenix Rush S.C. (Arizona) and Auburn Thunder (Alabama).

Jonathan Callahan holds the United Soccer Coaches Advanced National Goalkeeper Diploma and the National Diploma.  Callahan graduated from Dallas Baptist University with a Bachelor of Arts in History and Master of Education in Kinesiology.