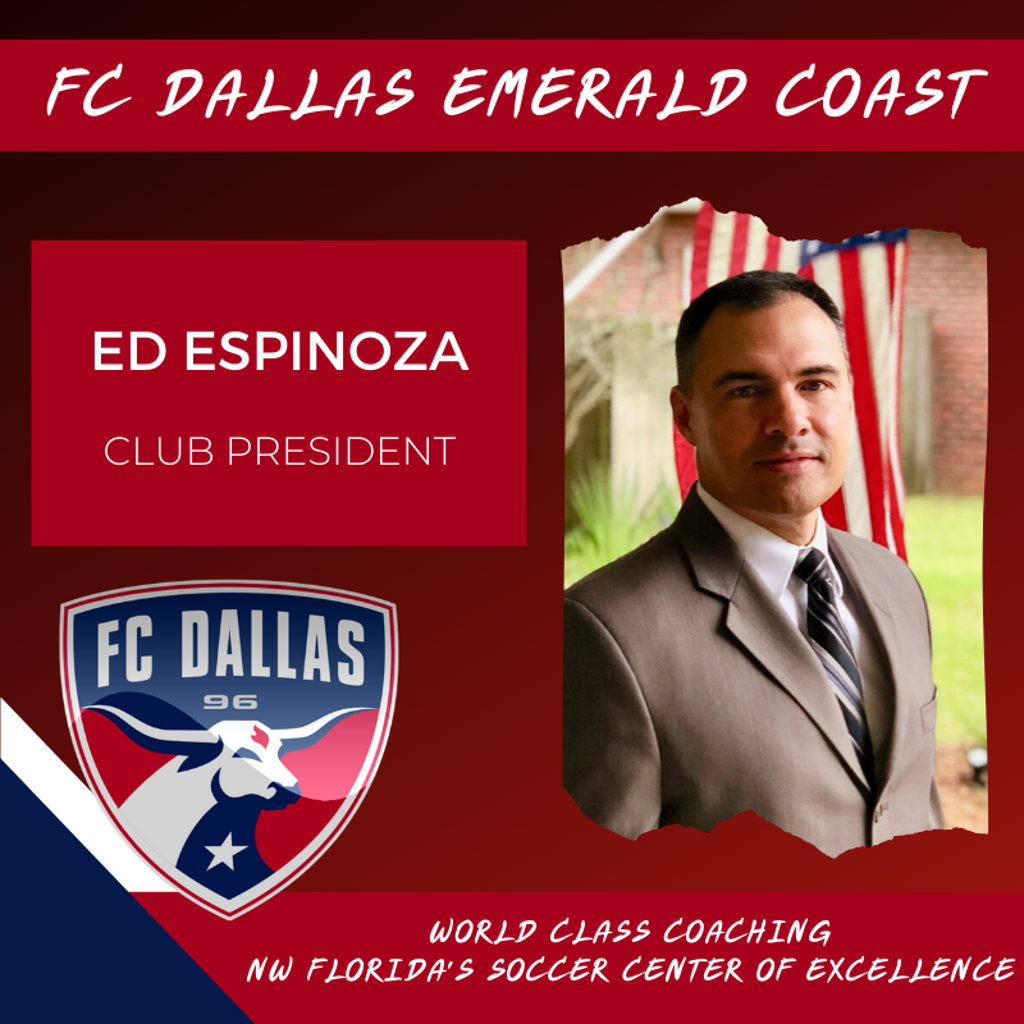 Niceville, Fla. – FC Dallas-Emerald Coast announced today that Ed Espinoza has assumed the role of President for the Board of Directors.

Espinoza has been Vice-President of FC Dallas-Emerald Coast for the last 3 years including 2 years as Co-General Manager with former President Mike Hague. He began his tenure on the Board of Directors in January 2017 as Member-at-Large. He immediately assumed responsibility as tournament director for both Emerald Coast Cup and Destin Soccer Rodeo. Those events have had huge success with a record 158 teams for the Emerald Coast Cup in May 2019.

When asked about assuming this new role and the direction he would like to lead the club, Ed Espinoza expressed these thoughts. “FC Dallas is such an amazing organization top to bottom. They have the well-earned reputation of building First Team soccer players from the ground up through an extensive youth affiliate program like ours here at FC Dallas-Emerald Coast. I have always felt privileged to serve FC Dallas as a volunteer and board member since 2017, and I'm again privileged to step into the Club President role, particularly after Mike Hague did such an amazing job of stabilizing us financially and operationally over the past 3 years. My intent is to keep us on the trajectory that he and Louis Richard have set for achievement of our 5-year strategic goals. I’m looking forward to a great 2020-21 season!”

Espinoza currently works for Marly & Co. Design Studio out of Dallas, Texas. Prior to Marly & Co., he served 26.5 years in the United States Air Force with 23 of those in the area of Special Operations and retired as a Colonel in the spring of 2019.